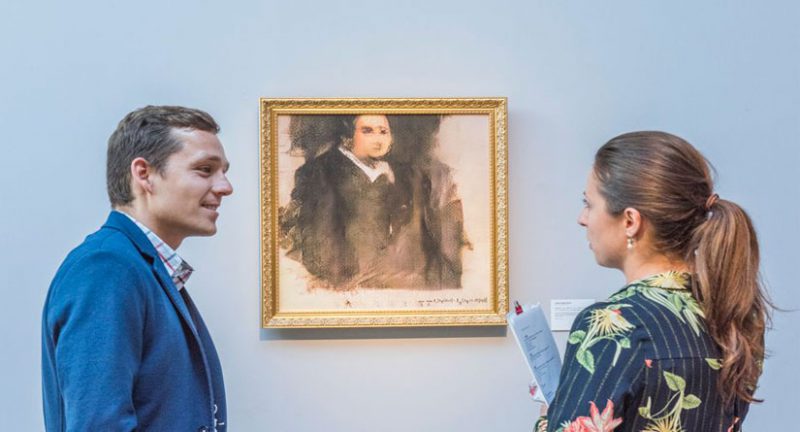 If you think collecting blue-chip stock can make you richer, then you should go to more painting exhibitions. Because, now the richest people in the world choose another way to invest, namely through art.

“No matter what happens to the economy, you will always see a sale of art,” said Lamar Villere, portfolio manager at Vilere & Co., an investment company from New Orleans that owns Sotheby’s shares, CNN was quoted as saying.

In New York alone, there will be auctions of artworks worth a total of USD26 trillion. Although it is not yet clear, the main purpose of these rich people to buy art objects, but certainly the value is always going up and withstand the economic crisis.

Many art observers said that these older people bought up art to keep their money safe and not be undermined by the impending economic crisis. “They are not true collectors. They are investors,” said Joel Mesler, owner of the Mesler Feuer art gallery in New York.

Questions from many people regarding the causes of expensive paintings became more prominent when the world of art passed through the mid-1990s and entered the second millennium. In 1996, Raden Saleh’s painting Deer Hunting sold for S $ 2.8 million. Walter Spies’s painting titled Blick von der Hohe sold 1.8 million Singapore dollars at the September 2001 auction.

Reported by Bisnis.com, some say, the painting collector is divided into three categories: art lover, semi art lover, and business and pure business.

Ismail Sofyan, PT Metropolitan Development boss who is also a senior painting collector, chose to become an art lover collector. A number of paintings on display in his private gallery save the work of old masters and contemporary. For example, the works of Basoeki Abdullah, Affandi, Popo Iskandar, Sunaryo, Mohtar Apin, and his works.

Ismail chose to collect paintings for inner satisfaction and not to become investment goods. He collected paintings ranging from the price of hundreds of millions to billions of rupiah through auctions, galleries, and exhibitions. “None of my paintings are for sale,” the architect and painter explained.

Question arises. How profitable is investing in art?

Melanie Gerlis, author of Art as an Investment? Revealed, from all investment calculations, the average value of the benefits that can be achieved in a period of five to ten years is around 4 percent.

“You could say less than gold, bonds, and stocks,” Gerlis said in the Telegraph.

Not only is the profit lower than investors expect, but also the risk is high. Analysis conducted by Stanford University revealed that from 20,538 paintings sold during 1972 and 2010, it was known that Sharpe Ratio reached 0.04, far from 0.24, the value predicted so far.

Sharpe Ratio or Reward to Variability Ratio, often used by analysts to measure whether or not the type of investment, mutual funds, for example. An investment that has a high Sharpe Ratio is said to be called a good fund because it has a good risk-adjusted return (high).

Art critic Brian Sewell disagrees with his investment in this artwork. “Nobody should buy art for investment,” saying the artwork is for “pleasure and enlightenment.”

But he also offered advice to investors: “If you buy art, buy what others buy. This is a fake market, and one day, it will explode. And when it explodes, that’s the biggest profit you will get.”