Football is an art. A British artist named John Myatt realized it. Andres Iniesta, Steven Gerrard, Arjen Robben, Andrea Pirlo, and Cristiano Ronaldo, who have their own stories in their football careers, are depicted in streaks of paint on canvas.

Using the iconic face as the basis for my painting is very pleasant. “Of course we often see the talent of soccer players like Ronaldo and Gerrard on TV screens, but I have never seen their faces plastered on paintings like this before,” Myatt said in the launch of his painting on Sky Sport 5.

Quite interesting, Myatt’s idea. I wonder what the results will be like?

Here are five paintings that are the work of John Myatt and the stories behind the paintings:

Sir Joshua Reynolds was a prominent painter in the mid-1700s. King George III knighted him in 1769.

In 1766 he painted General John Burgoyne. Burgoyne is synonymous with thinking and slow movements that made him and his troops captured in the American revolutionary war. To commemorate the turning point of the great war, Historian Edmund Morgan described the moment.

Then why is Gerrard described as General Burgoyne? There is a link between the incident on 27 April in which the Liverpool captain slipped, which made the Chelsea striker, Demba Ba, get an open opportunity that finally scored to give Chelsea victory. The defeat made Liverpool fail to win the title of the champion who has been coveted since 1990.

Not only that, but some parties also put Gerrard as the party that made Uruguay able to win the match when Uruguay met England in the World Cup group stage. Gerrard is wrongly anticipating the ball so that the ball leads to Uruguay striker Luis Suarez. Suarez then scored the decisive goal for Uruguay’s win over England. Identical to what General Burgoyne did in the past. 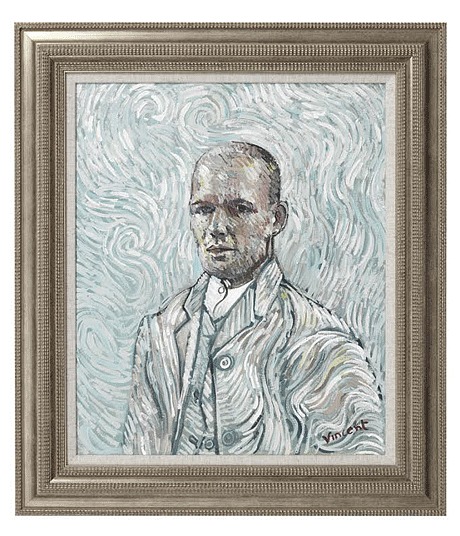 Initially, many people struggled why Vincent van Gogh’s painting was pinned to Arjen Robben. Van Gogh is known as a painter who lost one of his ears. Some revealed that Van Gogh deliberately cut off his ear, but then some said van Gogh lost his ear due to a fight with his friend, who was a French artist, Albert Gauguin.

The Daily Telegraph writer Rupert Hawksley then related this to balance. He writes: To be able to stand on your feet, you need to maintain balance. And your ears must have something to do with maintaining balance.

BBC also reveals things that are not much different, and In your ear, there is a labyrinth of bone space called a labyrinth of bones. This section is divided into three parts. One part, known as your cochlea, is responsible for hearing. The other two, to maintain the balance of other organs.

Then the relationship with Robben? It seems that the purpose of the balance above is to associate with Robben, who often cannot maintain his balance until he is diving. 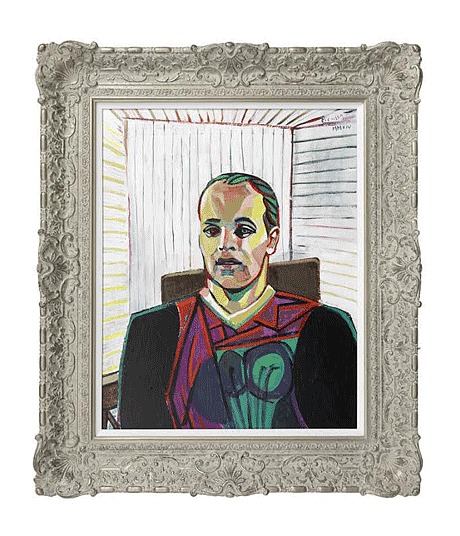 Pablo Picasso is a Spanish artist known as a 20th-century revolutionary painter. That description seems to be enough reason why Andres Iniesta was painted in the style of Picasso’s paintings. 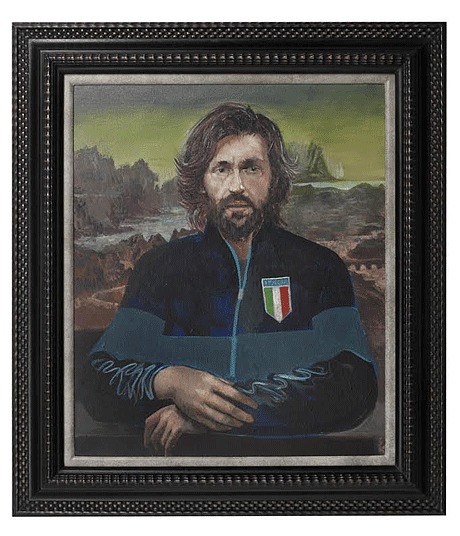 Leonardo Da Vinci’s paintings often incorporate the playful side and hidden meaning in each of his works. Mona Lisa’s smile, which is her best work, is often described as a painting of a woman who has a mysterious expression.

If Da Vinci is from Italy, then who is the most mysterious Italian footballer? Who else if not Andrea Pirlo. On and off the pitch, Pirlo doesn’t say much. His facial expression also seemed never to change. It is very difficult to guess what is in his mind. But even so, excellent bait becomes its beauty in the green field. That is why this Juventus player was canvassed in a Mona Lisa painting.

Cristiano Ronaldo in the style of Columbano Bordalo Pinheiro 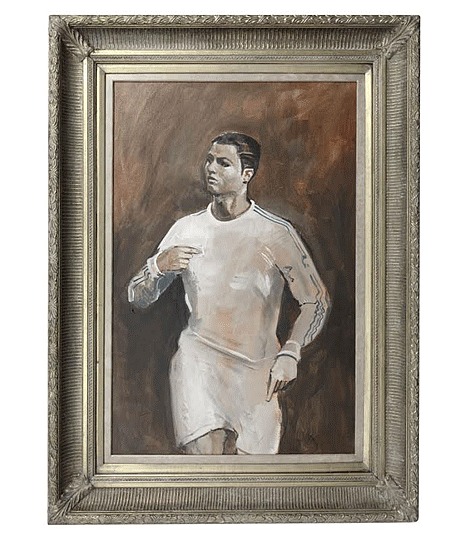 Columbano Bordalo Pinheiro is considered the master of Portuguese realism and is the most famous painter of his generation. While Cristiano Ronaldo is the best player in the world after last year won the Ballon Or. Ronaldo defeated Lionel Messi, who is also the main competitor of Ronaldo in the current era.